Of vampires and fairies

Listen to them – children of the night. What music they make.—Bram Stoker’s Dracula 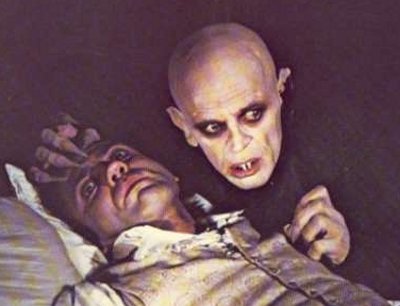 There's a sucker born every minute.

Where have all these vampires come from? My 10-year-old  has just discovered, through the Scholastic book club run at his school, Kevin Emerson’s Oliver Nocturne series, while I recently had a couple of weeks’ peace and quiet while the General Manager of Wilkins Farago ploughed through Stephenie Meyer‘s ‘Twilight’ series. According to the website The Vampire Library, there are now about 100 fiction series about these bloodsuckers in circulation and you can bet your coffin more are on their way.

It is the natural inclination of publishers to feed greedily on the reading fad of the day (not unlike vampires themselves, really), whether it be vampires, horror, magicians or that other great stock-in-trade of children’s publishing—fairies. Once these fads get a head of steam, there is a seemingly endless capacity for more and more books on the subject. Publishers commission them, authors write them, booksellers stock them and readers read them.

While you could see this as a failure of the collective imagination, the book business is exactly that—a business—and more than one impoverished author has been lifted up to a life of celebrity and prosperity by temporarily slipping the Next Great Novel into the bottom drawer and getting down to some lucrative genre writing (you may recall the wave  of kids’ horror tales that was largely inspired by R L Stine‘s ‘Goosebumps’ series back in the 1990s).

While Michael Grant, author of the ‘Gone’ series, was recently quoted in Publishers Weekly as being ‘sick to death of vampires,’ this particular fad has a way to run. The first volume of the ‘Oliver Nocturne’ ever-expanding series only appeared in August last year and, with the reading age of these books getting younger and younger,  it’s only a matter of time before we have vampire children’s picture books for the very young. (I await with a sense of inevitability the comment on this post telling me that this has already happened.)

For a publisher like Wilkins Farago, the question is: do we join this madness or do we let it pass us by? There’s money to be made for sure if you have the right book or series, but I’ve always found the ‘me too’ way of publishing—publishing by imitation—rather dispiriting. At its worst, where the books are published just to cash in, books are mere commodities and heaven knows what it says about how publishers see readers. Then again, there are excellent exceptions in every area of genre fiction publishing, and many readers thoroughly enjoy getting lost in a particular world (be it populated by vampires, fairies, or doctors and nurses) over and over and over again. Who am I to scoff?

The bottom line is a good book is a good book, no matter whether it belongs in a genre or not. But the best and most interesting books tend to subvert or transcend their genre rather than pander to established formulas.

For this reason, unless something remarkable appears in our inbox, you’re unlike to see us publish any vampire books, although never say never. The other day I was vowing we’d never publish a fairy book but I saw an absolutely hilarious one from Germany at the recent Frankfurt Book Fair and now I’m not so sure …