Author of the autobiograhical graphic novel Kampung Boy, Mohammad Nor Khalid was born in Malaysia on 5 March 1951. Known as ‘Lat,’ many of his cartoons appear in the editorial pages of the Malaysian national newspaper, New Straits Times.

One of the most beloved cartoonists in Southeast Asia, Lat published his first work when he was just thirteen years old. He has received numerous awards, including, in 1994, the prestigious Malaysian honorific title, Datuk. Most recently he was honored by the Malaysian Press Institute with their Special Jury Award, given to ‘those who have contributed significantly to journalism and society and have become an institution in their own right.’ He is famous throughout Malaysia.
Editions of Kampung Boy, his most celebrated and best-loved work, have appeared in France, Germany and the US. Written originally in English, the book has sold countless thousands of copies worldwide. The book has been turned into an animated series and has also been the subject of an orchestral performance by famed modern composer Carl Davis. 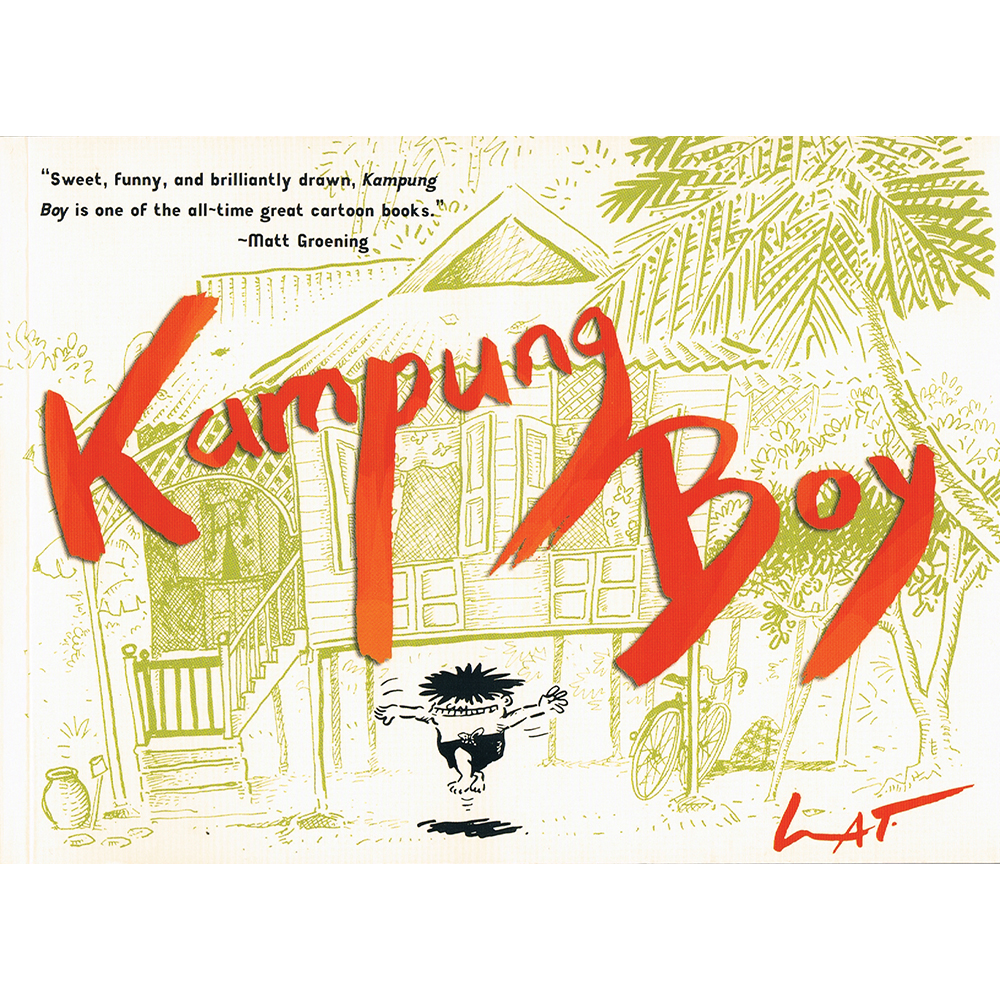